The Yamashita Family Archive is a collection of correspondence letters, photographs, official documents and materials/ minutia from an immigrant family in the U.S. from the early 1900s til the 1960s (and later!). It strives to tell not only the story of Japanese American wartime incarceration, but also the story of the next generation, coming of age in the 1950s and 60s. American Internment/Incarceration history is often told as a discrete period of time with comparisons to the current moment (indefinite detention and treatment of those perceived as the enemy). This is a useful comparison for these times. It is important to examine constitutional rights and the rights afforded people (citizen and non-citizen), especially in a time when internment and wartime incarceration is referred to as a necessary precedent. We need to rebut this claim and shed light on why due process and habeus corpus and freedom from indefinite detention matters for those who were Americanized as well as those who were not. And like all people under threat, we have to understand and share their/our humanity underlying the story of their/our stripped rights and humiliations. By looking at the very human elements of their lives, through letters and pressed flowers momentos and handmade pregnancy girdles, a family emerges. Maybe that is the underlying impetus for protecting all of our rights to belong.

What if the internment story was broadened to talk about the years after and the generation after? What could we get out of that? 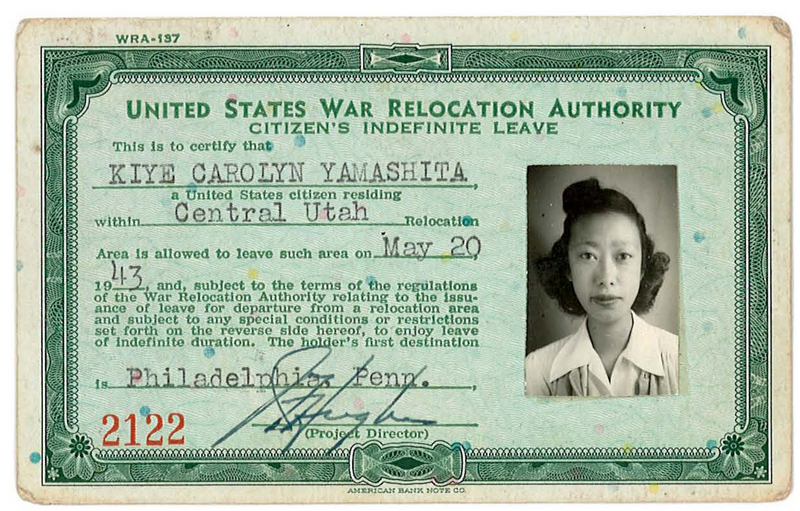 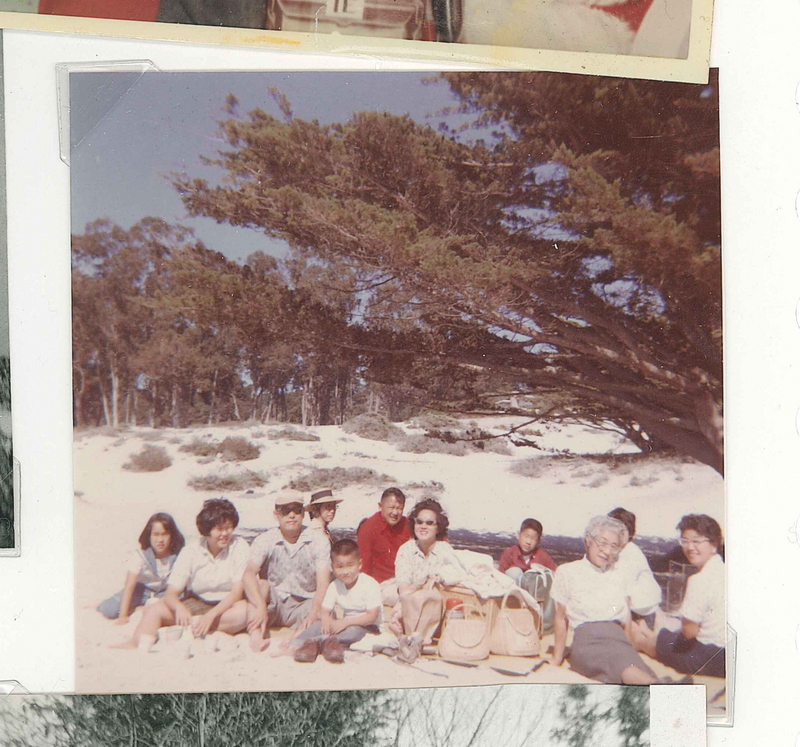 Ted's family, Iyo's family and Kimi at the beach in California. Circa 1960s.

This family archive looks at the trajectory of a single family that settled in Oakland Caliornia, was incarcerated in the desert of Utah and left there for a variety of locales and futures. Commentary links the archival documents together. Intimate portraits of brothers and sisters allows a broader narrative to cohere. Siblings write to each other about where they can get jobs in the defense manufacturing industry and who they should date. These documents bring a sense of humanity and lived experience.

The Yamashita family was dispersed across the country and internationally based on the experience of wartime (indefinite) incarceration, student relocation, and military service. The Sansei (or third generation) have lived lives in differing places and circumstances, one legacy of detention. The family moved from a strong grouping in Oakland Japantown with some members in Calexico, Arizona and rural California to midwestern and eastern cities of Chicago, Philadelphia, and New York as well as rural Idaho, Ann Arbor, Michigan during the war. After the war, former internees (Issei and Nisei), settled in new cities, and many had to start over, if not start over again. This movement was profound, leading to further movement or dispersion from California and the West Coast. The Yonsei (fourth generation) grew up sometimes with close relationships with their parents and grandparents, great aunts and uncles. 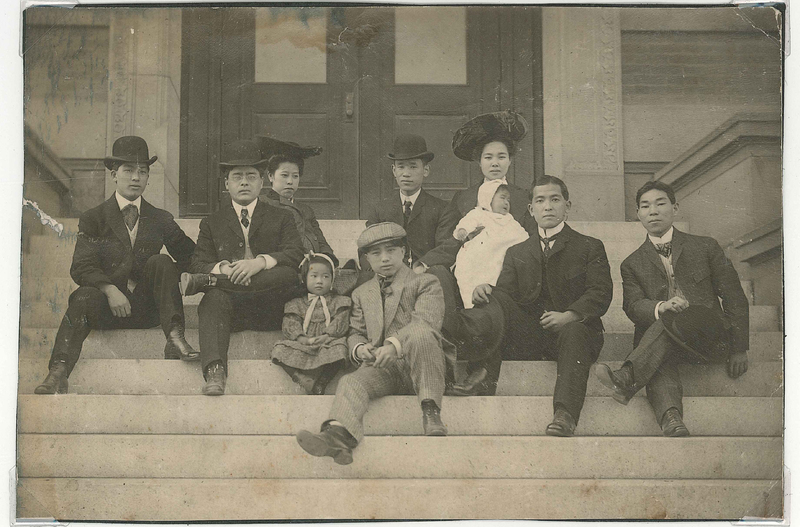 Wartime incarceration made Japanese Americans realize their place as racialized "others," leading some to recognize or realize solidarity with other marginalized people of color working against oppression. Wartime internment also led some Japanese Americans to assimilate even more towards a mainstream culture. Some volunteered to fight in the military while still incarcerated. Some were able to leave detention for college and then were drafted into the army. Some wanting to prove their status as loyal Americans which the government questioned, saw military service as the only path to regaining dignity. Some resisted the denial of their basic rights to due process of law by resisting the draft. This generation of people responded to their experiences in camp in various ways. The trauma of incarceration meant that many refused to speak about their bitter experiences openly with their children.

The third generation Japanese Americans (Sansei) of this particular family had widely distinct life experiences. The eldest of this generation grew up with the internment (concentration) camp as a seminal experience, either as a college aged student or as a youngster or toddler in camp. By contrast, the younger half of the sansei children grew up in urban Oakland, Los Angeles, New Jersey suburbs, Hong Kong, and elsewhere in the later 1950s. How did they understand or think about the incarceration of their parents? 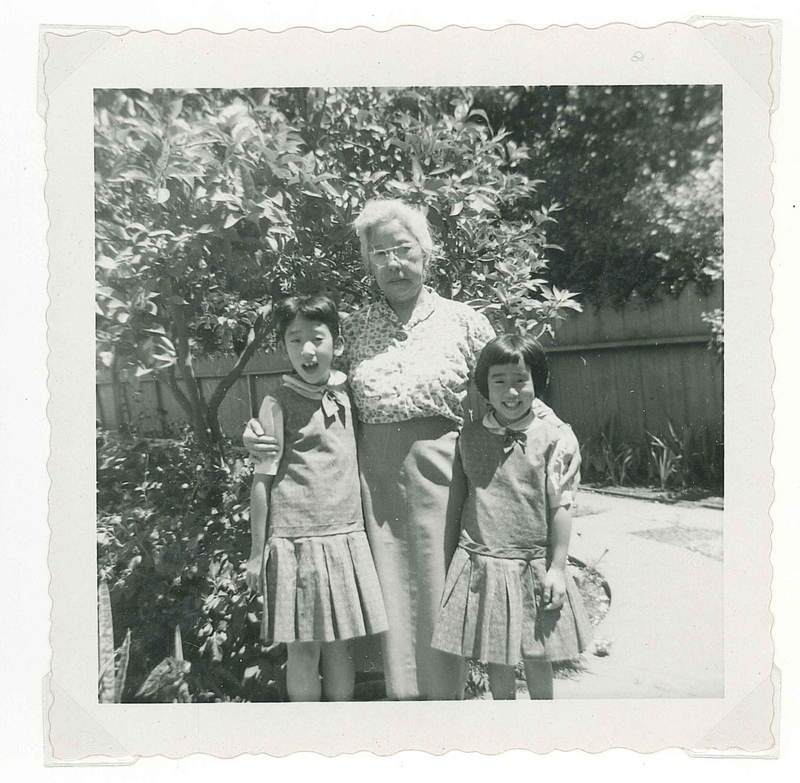 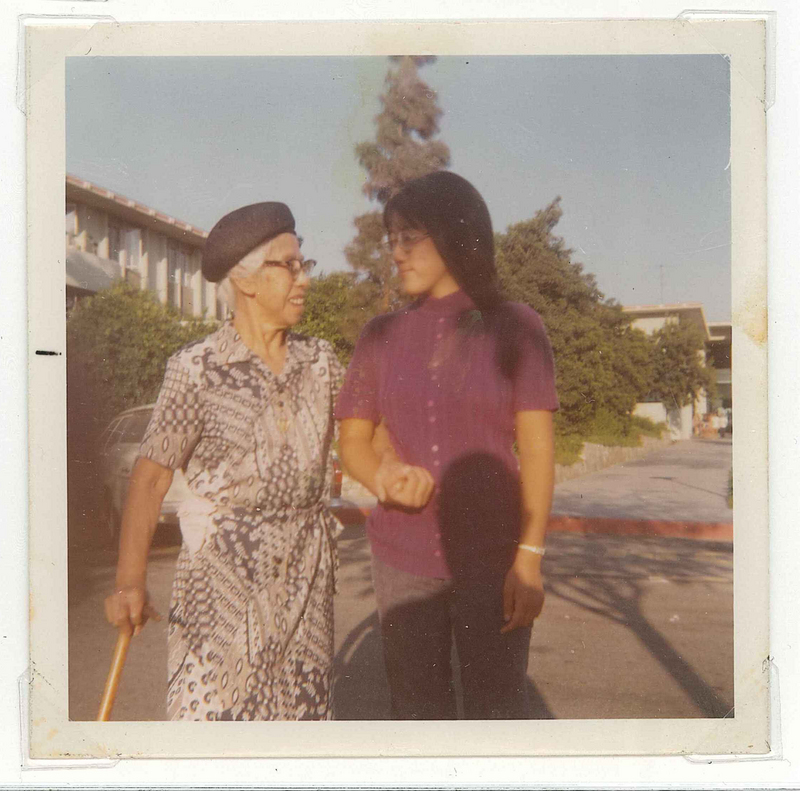 By taking this archive into the decades after World War II, we can see how that memory is lived out and experienced by the succeeding generation: how the memory is told and untold. How did the wartime experience affect the way that Nisei and Sansei considered the role of civil rights?

Tomi refused to apply for U.S. citizenship when she was legally permitted to do so. She had lived through the uncertainty of not knowing if the nation where she had set up her life would throw her out into a starving and wartorn place. This anecdote is one story that made its way to the succeeding generations. How does memory of trauma move into successive generations?

Why keep a family archive? Is it more than the scraps from the past, that hold meaning for a wider audience than the family itself? Is it a construction like a shrine? Can it be a space for reflection and critical understanding or scholarship? Are family archives useful places to look for hints of a historical narrative?

Acknowledgements
Why keep a family archive?

A Tailor in Oakland

A Tailor in Oakland

Removed from a Life
Not Knowing What Would Happen
This Japanese Problem
Evacuation Day
Witnesses
Swallow's Nest
If we cannot live as free people.
A Strange Reprieve
Trial Documents
A Nightmare

Acknowledgments →
About the Archive